Are banks returning to a front-to-back, end-to-end ownership of the business?

Operations alignment within Markets and Banking

Outline: Increasingly business heads are asking: where should (Markets/Banking) Operations be positioned and what underpins and drives the present alignment?

Option 2: centralised within group Ops/Tech, providing a service to GBM

Certainly, there appears to be a trend, a theme in taking GBM operations out of a centralised or group configuration, moving it to a f2b alignment through to the business it directly supports.

Reasons behind this have been cited as:

Informed Perspectives: we asked three of our business advisors for their views:

“My view is Markets/Banking Ops should be aligned to the business, along with Tech. Front- to-back is key for efficiencies, control, innovation and realising cost reduction. More recently, the SMR and similar regs in other markets have also driven banks to this operating model, just as technological innovation is making f2b an inevitable evolutionary destination and end game. The question is where they should report to directly? From my experience, I have seen disastrous consequences of having Ops report directly into front office COOs who have no experience of running an operation or the Ops control environment. At one institution, the middle office was moved into the front office COO function, then moved back 18 months later, incurring significant cost (they had hired a load of MDs in the interim), due largely to experiencing several control breeches.

At another firm, the various Ops departments ended up reporting into inexperienced business managers who worked for the front office COO. Again, the control environment suffered. The opposite of what the business leadership had wanted! In my mind the issues identified above were due to a distribution of end-to-end leadership too far down the COO/business management pyramid. What do I mean? In the cases where the Head of Ops (and/ or tech) reports directly to the COO, with one-down (be this a Head of Equites or Fixed Income Ops for example) only having a dotted line to the COO Fixed Income/Equities (for example), this leadership control matrix worked well. My view is that the product COOs invariably lack the indepth and technical experience of Ops and/or underestimate its complexity, and this can lead to problems.

Option 3 is both a bad idea and is unlikely to be permitted by regulators. In 2012, UBS was fined £29.7m for systems and controls failures relating to the Adoboli rogue trading losses. A significant component of this was that UBS Operations saw their function as primarily being business facilitation. The FSA (later the FCA) made it clear that Operations was primarily a control function and control functions are expected to report independently of the business heads. Therefore, in my diagrams 2 is OK but 3 is not.

At the root of this is “why” – why does the GBM COO want to have control of Operations? I can think of two reasons. Firstly, the business thinks Operations is too expensive and secondly, that Ops is insufficiently responsive, and the GBM COO thinks they fix that. N.B. any GBM COO who takes control of Operations and addresses these issues by reducing the level of control is taking significant personal risk under the senior manager regime. They had better be very sure of their “reasonable steps”.

Personally, I think the argument that SMR requires business heads to own control functions in incorrect. Being accountable for all the risks in your business does not mean you will be personally responsible for failings in a control function. It’s much easier to show that you are taking reasonable steps to manage all risks than it is to manage the control functions directly – even if that direct management is delegated to a COO. For example, you can meet regularly with the Head of Operations and discuss risk indicators without getting involved in Operations HR and budget matters.

The choice between running options 1 and 2 in my diagrams is more nuanced and it’s likely different firms will successfully run different models. There’s a real trade-off between economies of scale and focus/ responsiveness. The GBM frustration with model 1 is often driven by the allocation of shared costs. GBM units often do not want to pay for a share of the group’s technology/data centres when vendors and consultants are selling variable cost SaaS models. However, at the group level, adding the SaaS for GBM doesn’t reduce the group’s costs and so creates diseconomies. GBM units should also remember that access to the group functions is often a source of resilience (although in some groups the group infrastructure is so weak the opposite is true).

A final thought which was shared with me by a very wise CFO: “Any business that’s worried about its allocations should be focusing more on its revenue.”

Note: was Group CAO (Group CAO) and Group Head of Operational Management at HSBC, directly supporting the Group COO and all Global and Regional COO Offices. Responsibilities included supporting in the strategic direction of the Group COO function, accountability for all business management activities including governance, cost management and all elements of administration “The following will add some extra colour on the Ops/alignment question:

A centralised function as per option 2 can give cost advantage to an organisation as well as an opportunity to leverage efficiencies and technology opportunities across group operations functions. They also pave the way for a greater arm’s length relationship between operations and the business thus requiring operations functions to really institutionalise metrics and performance indicators and embed them within their working practices. This can lead to the professionalisation and increased commerciality of the operations function.

The pros however can be quite extensive. Every time a CIB operations function is brought under the umbrella of central operations, the perceived cost advantages of doing so never fully come to pass. There is a naivety and lack of understanding of the complexity and manual nature of CIB operational processes that results in the realisation that CIB processes are not the same as retail or commercial bank processes in universal banks. This often means that the cost reductions expected have to be met in other ways… usually in cutting headcount or removing middle management levels. Additionally, the structures, governance and processes that often come withfalling under group operations functions can be perceived by CIB operations heads and / or business COOs as inflexible and cumbersome.

The success of moving to a front-to-back model does depend on exactly where the reporting lines are which echoes your point. Unless there is an inherent maturity of the business class COO and a true appreciation of the risk, but also the value, that comes withoperations functions, I would not advocate for moving individual asset classes to the respective business COO. Not only can the control environment suffer because the business COO lacks the understanding of the operations processes and inherent risk within, but if that appreciation and understanding is not there, operations tend to be deprioritised in terms of importance and budget. I have also seen cases where the opposite is true and there is an expectation that operations fall in line and do the bidding of the asset class COO which removes autonomy, empowerment but also independent control. I would therefore caution against this model unless the organisation and asset class COOs are sufficiently mature and independent monitoring and oversight is put in place to assess the efficacy of the structure.

The better model is to have the CIB operations functions sit whole under a CIB COO (or GBM and CMB split sitting under the respective COO depending on the organisation’s structure) alongside perhaps Technology but certainly other COO subfunctions. In some cases, I have seen a dotted line into the group operations head which gives more emphasis to shared (best) practices which can be useful. This model gives comfort to the business that operations still sit within the business line but creates enough independence from them and ensures sufficient championing, support and oversight of operations. GBM COOs in particular are invariably experienced individuals and in some cases ex operations heads who have a strong understanding of what is required to run an effective operations function.”

“In my experience, the reason for moving Ops into a f2f alignment with the business has been that Ops costs and processes have been extremely opaque, and due to their often complex nature, any sort of activity-based costing projects have normally fallen short. Add to that the regulatory issues that have arisen and yes, that requirement for ownership of full P&L and risk has been a driver to bring in Ops. At DB as you know this was hindered by some issue with BaFin’s MaRisk (not sure I ever really understood it) and so when the bank went to f2b mode Ops occupied some sort of middle ground vis-a-vis reporting and oversight.

I think that Ops should report to the COO but increasingly there are two issues:

In terms of managing through the organisation, the advantage of having Tech and Ops sitting alongside business management under the COO should be that in an ideal world, you’d find a way to split the COO org into service or product-based teams which consisted of each discipline, thereby improving collaboration and avoiding issues around initiatives mentioned above.” 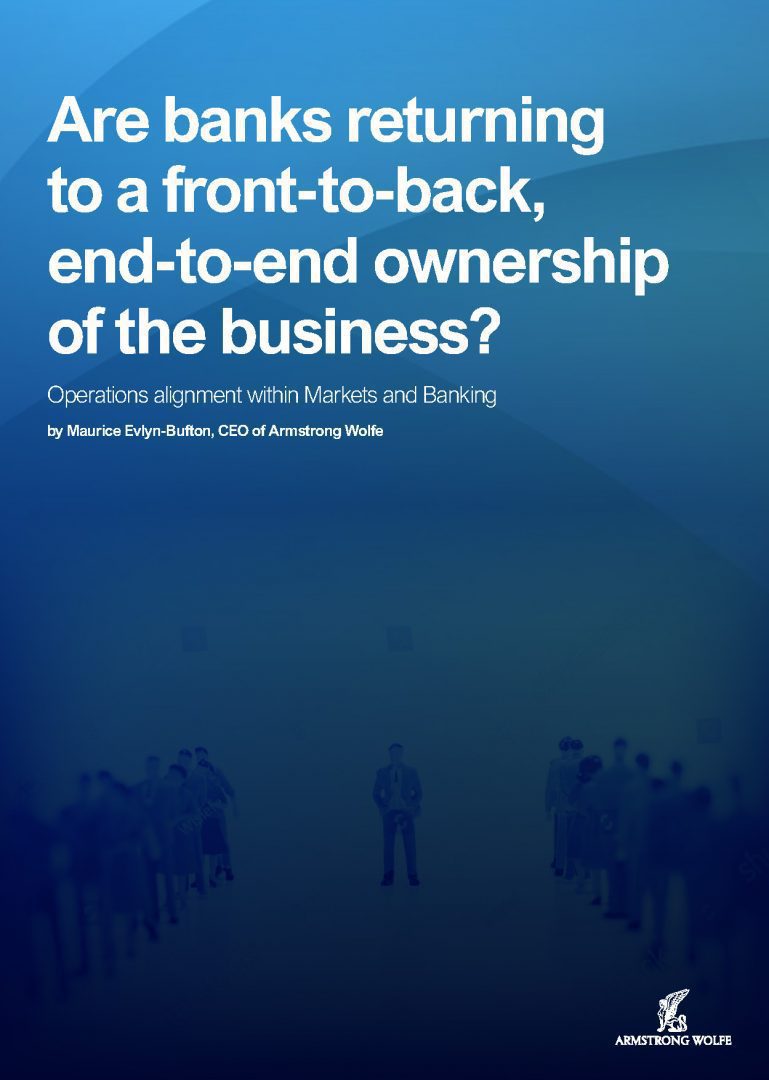 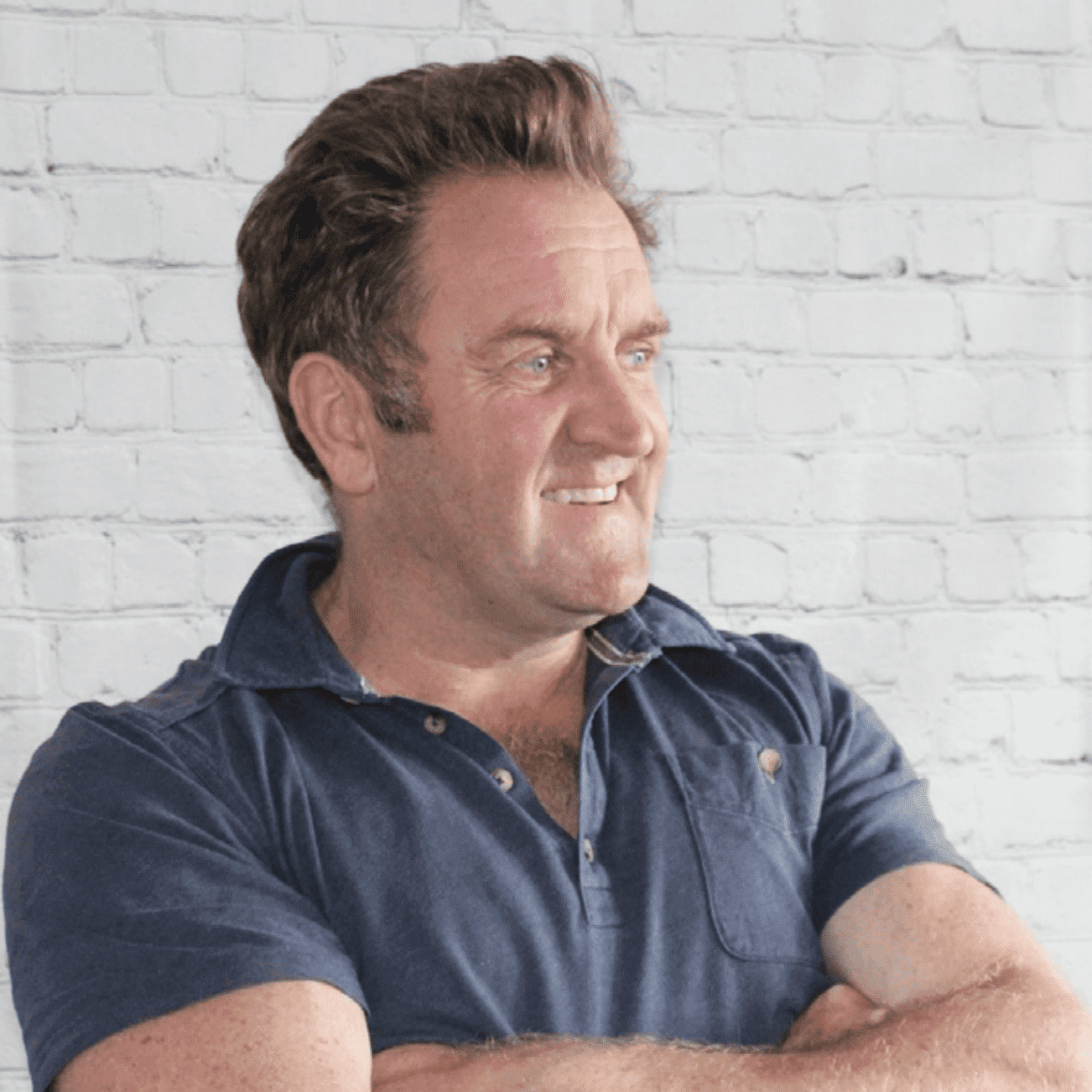 Wade Younger, MBA, CSP, is the COO of BSI Solutions, a consultancy focused on designing comprehensive strategies to help banks, mid-size and large companies, and governmental agencies, to assist them to take advantage of the most advanced technologies coming to market, such as Blockchain, AI and Virtual Reality.

We ask the question, so what?

With the above views and informed opinions in hand, we will be continuing this debate with iCOOC members, both the COO and heads of operations.

If you have views you would like to express, add to the debate and/or wish to participate in the iCOOC forums investigating this subject, please contact

Please note you must be of the commensurate managing director seniority to attend.