Available to buy now on Amazon – All proceed have been, and will continue to be, donated to Goražde Children’s Foundation.

Donkey Mail and Bully Beef is Maurice’s first-hand account of his and his comrades’ experiences in Goražde, central Bosnia, whilst on United Nations duty in 1994 – 1995.

All proceeds will be donated to Goražde Children’s Foundation.

In September 1994, the 1st battalion of the newly amalgamated regiment The Royal Gloucestershire, Berkshire and Wiltshire Regiment entered Goražde, central Bosnia. In the coming six months of their operational tour, the soldiers and officers of the battalion experienced tragedy and adversity, but laughter and camaraderie also.

Despite being ill-equipped, poorly-supported and isolated, the battalion saw through the winter months and achieved its military and humanitarian objectives. This hardship was made worse by the intransigence of the Serbians, who surrounded the town and prevented fresh rations from entering the enclave, leaving the soldiers on a traditional bully beef diet, packed in boxed 24-hour ration packs.

Before a time of mobile or internet communication, they waited patiently for the sporadic arrival of letters and mail, which were delivered by donkeys purchased by the battalion. Diesel was scarce and too valued for simple mail delivery services to the soldiers in the UK Observation Posts high in the mountains overlooking the town of Goražde.

​”Fresh food can be replaced by ration packs, no diesel and you can walk or even buy a donkey. No letters leaves a void.” 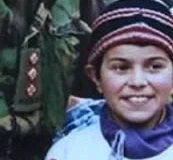 “Thanks to GCF Bosnia’s strong support, my students have been able to make great progress in their English learning process.

​Books and teaching materials offered by our English friends helped all of us to teach and learn in far better conditions.

​We are so grateful for such a generous gift and hope to have a good cooperation in the future as well.”

Our membership is one degree of separation from the executive. They are the ambassadors of conduct and the ‘COO’ a trademark for innovation, execution and ethical behaviour. They are uniquely positioned to transform financial services, add value to the society of nations and support the global economy.

​iCOOC’s mission is to help them meet this challenge by working better together to build a brighter future for all.

Our diversity, equity and inclusion programme strives to support the underrepresented by leveraging the influence and good will of the female global COO community.

We are committed to protecting the reputation of Armstrong Wolfe as the trusted partner to the COO community and the individual reputations of our alumni members.

Raise the profile and impact of the COO and CCO functions in Finance by driving innovation, while redefining and enhancing their roles and capabilities.

Listen to content on demand from our most recent events and Mental Health Awareness Week.

Watch the entire Conduct & Culture Summit on Demand or register your interest for our next event.

More info
This website uses cookies to improve your experience. We'll assume you're ok with this, but you can opt-out if you wish.AcceptReject All Read More
Manage consent

We are inviting you to join the Armstrong Wolfe COO Community.

Subscribe to receive dedicated content and invitations to COO, CCO and Women in the COO Community (WCOOC) forums